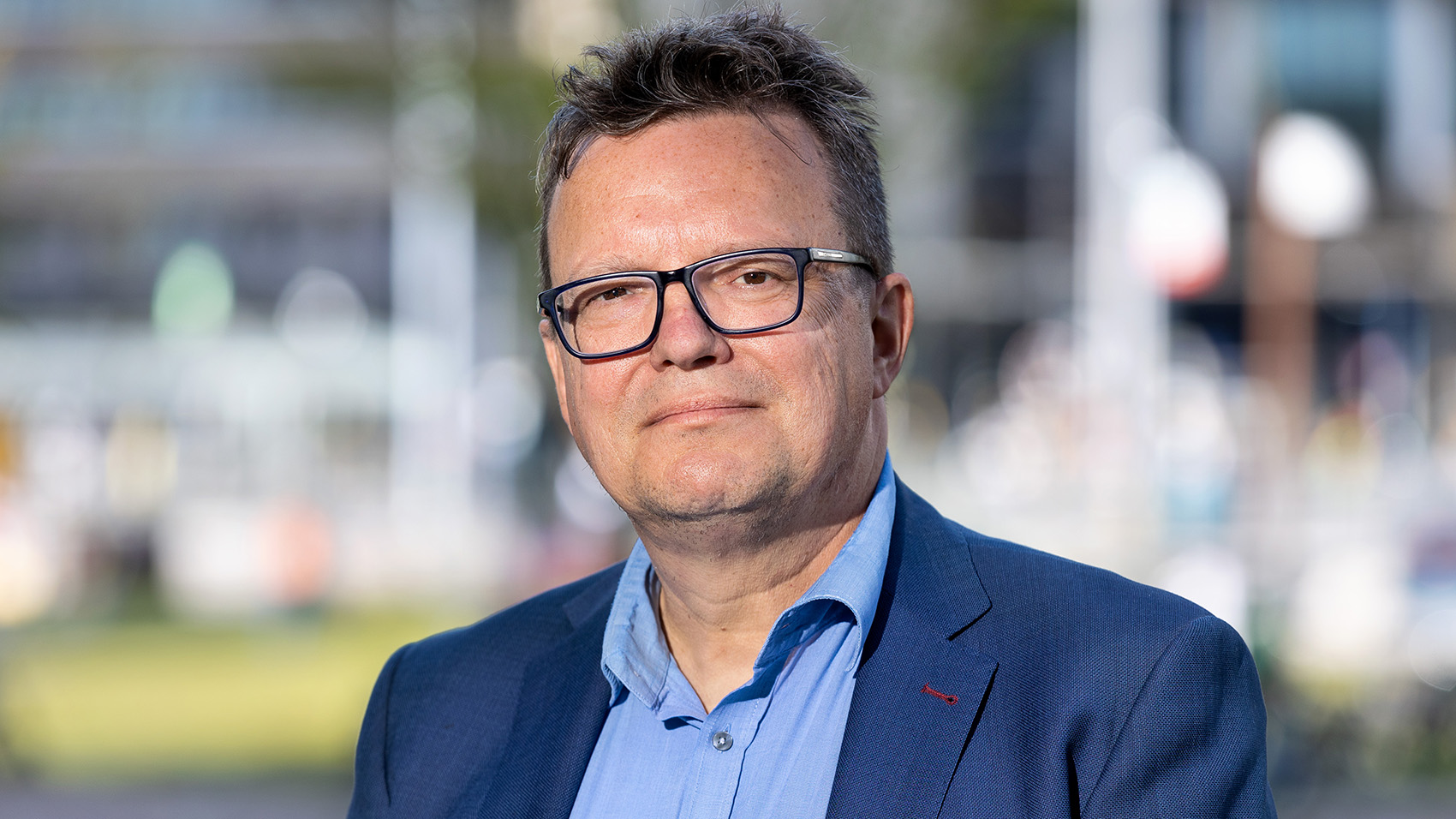 Will globalisation come to an end because of the various supply crises? Professor Bart Vos doesn't believe so: "Reshoring is mainly geopolitical mood-making." Bike Europe spoke to him about the state of affairs and current developments in supply chain management.
Professor Bart Vos is also called 'Mr Global Sourcing'. He received this designation on the basis of his expertise and long career in the field of supply chain management. A career that now spans almost three decades. Vos is fascinated by complex issues in international supply chains, in particular the so-called 'wicked problems', the enigmatic problems that arise therein. Initially, his focus was on global sourcing and relationships within international supply chains. Socially responsible purchasing was added later. With a global supply chain, the bike industry has suffered greatly over the last couple of years, is the end in sight? Vos: “I'm not a doomsayer, but I don't think the current disruptions in the supply chain are transient. Significant vulnerabilities have been revealed, with industry-wide implications.”

“The infancy years are now over. There is currently a good mix of both quantitative and qualitative research as a scientific foundation.”

“The corona crisis was a wake-up call for supply chain management. Entire chains came to a standstill, companies had to shut down production. No one was prepared for such a long disruption because for decades the emphasis was mainly on optimising chains. In one fell swoop, the excessive dependence became clear and there was no plan B. At the start of the corona crisis, Dutch Prime Minister Rutte said that 100% decisions had to be made based on 50% information. I honestly think it was a lot less information, especially in the early stages of the pandemic.”

“Yes, I think so. Everything was running fine, so there was no reason to change the business model. The war in Ukraine once again demonstrates our strong international dependence. In this case, for example, sunflower oil and grain from that country, and, among other things, oil and gas from Russia.” 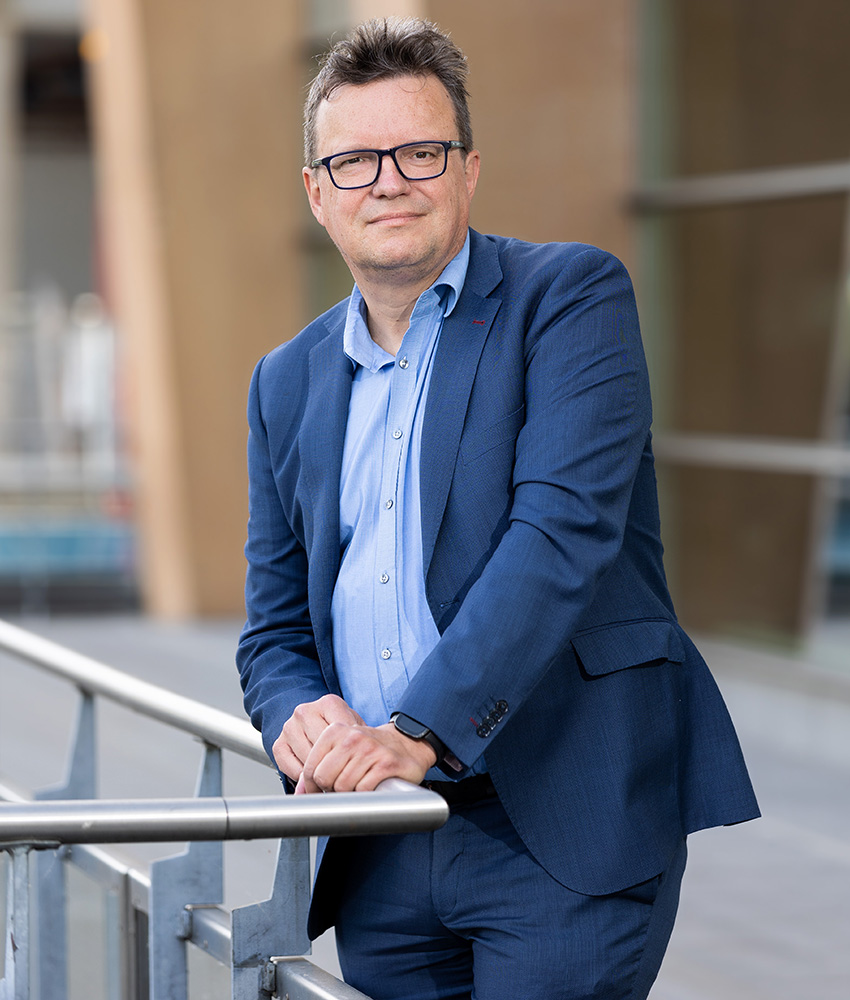 Bart Vos was a Nevi Procurement Professor at Tilburg University for sixteen years. In 2019 he left for Maastricht. He is now a man of many hats. At Maastricht University he is professor of supply chain innovation and also responsible for the master's degree in global supply chain management & change - a program with between forty and fifty students per year. He is now also supervising two PhD students. In addition, Vos is scientific director of Brightlands Institute for Supply Chain Innovation (BISCI). Together with companies and other stakeholders, including the Province of Limburg, Fontys and TNO, BISCI is working on, among other things, the development of digital tools for sustainability.

“I don't believe any of that. Globalisation is often flattened into shifting production to low-wage countries, but it is much broader. Globalization is a fact. It is important to prevent the excesses. Such as having shrimp peeled in Morocco, or shipping waste paper and plastic to China to fill empty containers. The price you pay for a cup of coffee at Starbucks, for example, and what the farmer gets for his beans is also very skewed. We are working with BISCI in a project together with Solidaridad to distribute the benefits of coffee more fairly. For this we are developing an application with which farmers are paid for CO2 data by the buyer of coffee.”

“There are successful tools for this, and perhaps we have come to rely on them too much. It is much more about systematically thinking about risks in chains and then making decisions. You must have your plan ready: what do you do in the event of a disruption? So how do you get the entire chain moving? It is especially important not to quarrel in the event of a disturbance. We also need to learn more from past incidents. That happens too little now.”

‘I'm not a doomsayer, but I don't think the current disruptions in the chains are transient’

“There is talk about it, but it is mainly geopolitical voting. President Trump had even set up an entire program for reshoring, but it was certainly not successful. Also in the Netherlands, very few companies have returned from Asia, official statistics show this. If they come back, there are very good reasons for it. For example, because robotization allows them to produce cheaper here than in Asia or because the quality in the Far East is not up to scratch. I don't expect reshoring to become a major trend in the near future. We should also not forget that it is Western companies that are at the root of China's current production success. That started with numerous special export zones, with interesting arrangements for Western companies. Those companies now have solid ground in China and other Asian countries.”

“To be honest, I think Europe is still quite reactive. I have yet to see that new impetus, and the Chips Act requires huge investment. What I do notice is that countries in Europe are more on the same page because of the war in Ukraine.” 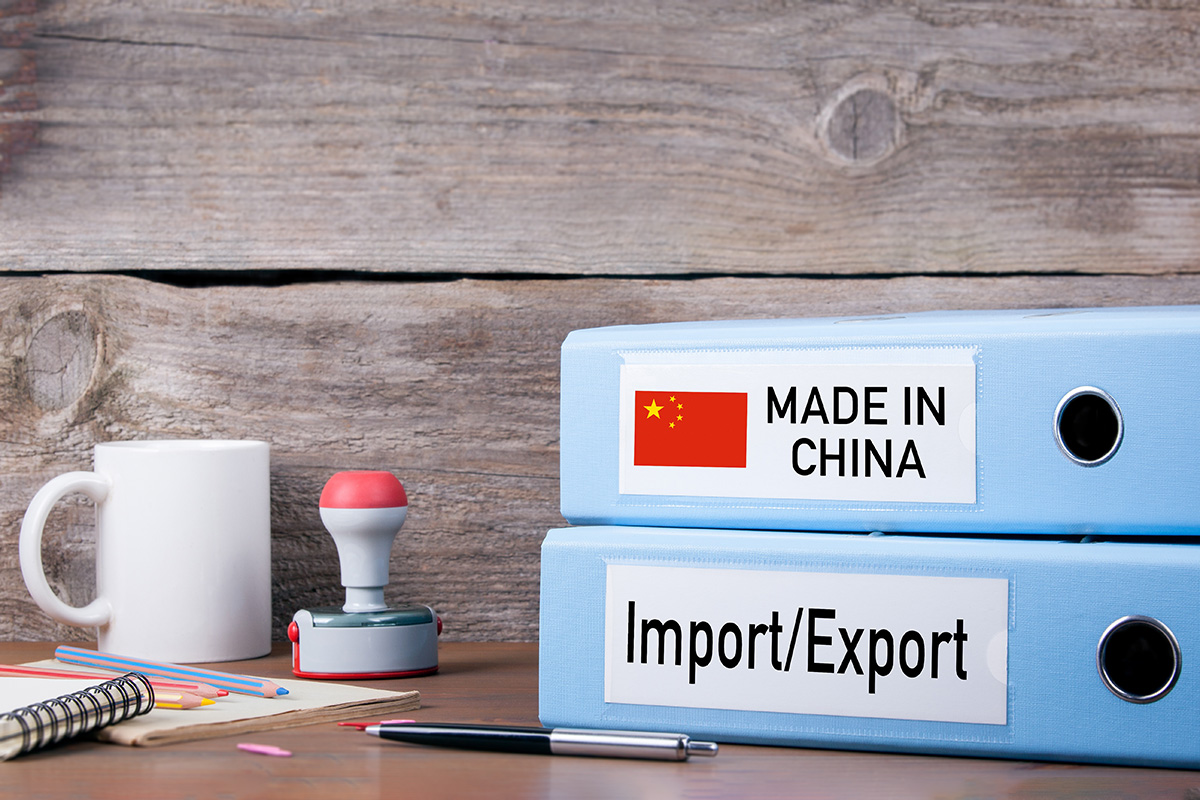 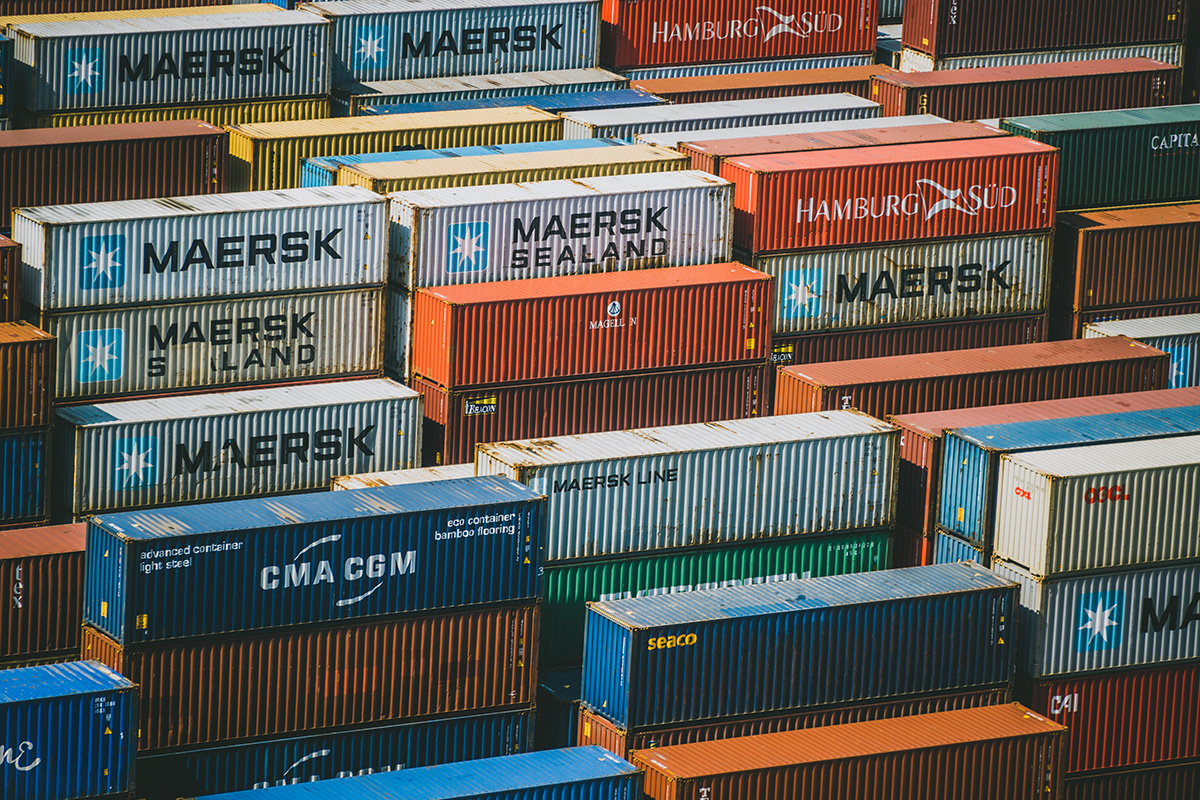 “I see two core trends. Supply chains will be further digitized. An interesting development is also the increasing use of drones, which can also be deployed in areas that are difficult to reach. For example, to deliver medicines. A second core trend is sustainability. The time has now come for us to really start to become more sustainable. I hope for a much wider use of the SDGs, the social development goals of the UN. Companies such as Toyota and ASML already use them as a steppingstone in their reports. In this way they show how they can contribute to a better world. SDG-12, responsible production and consumption, is particularly important for the logistics field. This means you have access to the entire supply chain. In ten year’s time I hope to be able to establish that companies have broadly embraced the SDGs and are reporting on them. Even when certain things have not yet worked out. But please don't judge them too hard on that, Cologne and Aachen weren't built in a day either."

This article, authored by Freek Andriesse, was reproduced with permission from Deal!, a publication of Nevi, knowledge network for procurement, contract and supply management. 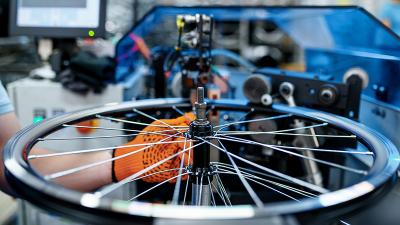 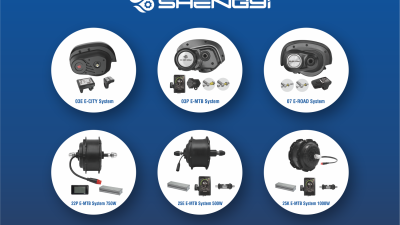 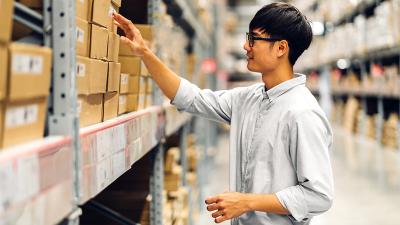 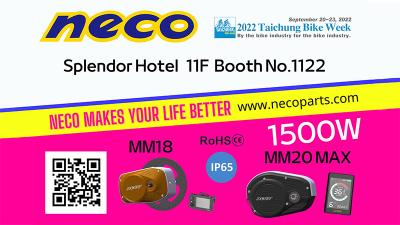 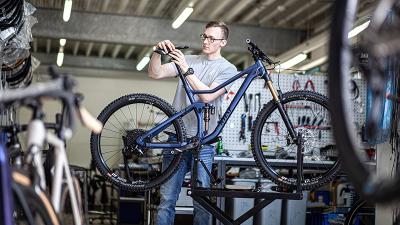 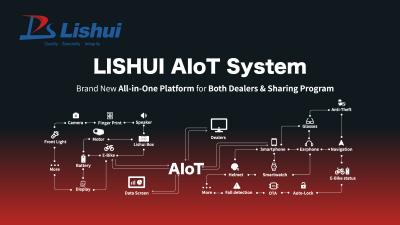 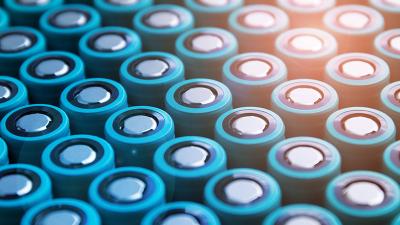 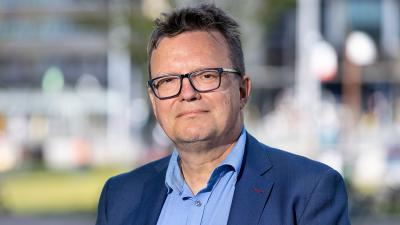 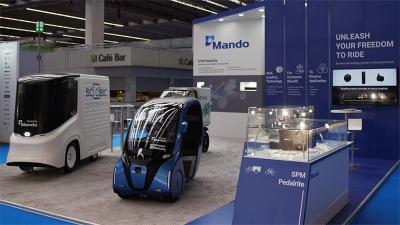 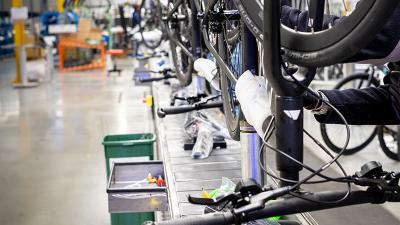 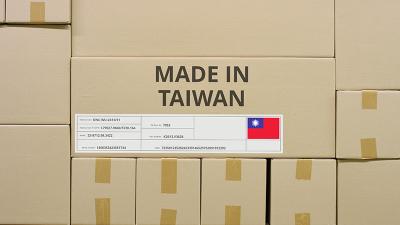 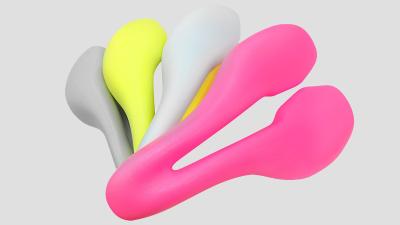